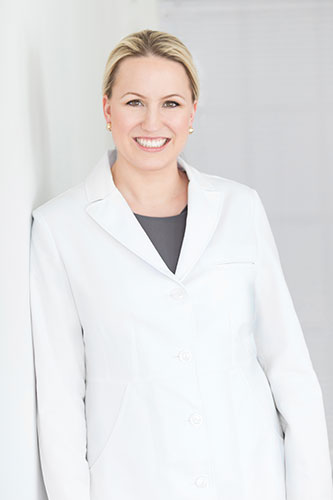 Dr. Christine Baker grew up in the suburbs of Detroit, Michigan and received a bachelor’s degree from Michigan State University. She continued her education by attending dental school at the University of Detroit Mercy School of Dentistry and graduated in 2009.

Inspired by her father’s military service, she commissioned in the United States Navy as a Dental Officer and continued her education by completing an Advanced Education in General Dentistry residency at the Naval Postgraduate Dental School in Bethesda, Maryland. She later served as a dental officer aboard USS San Antonio (LPD 17) (2010-2012) and at Naval Health Clinic New England (2012-2016).

With the objective of fulfilling all of her professional aspirations, Dr. Baker separated from military service and began a successful career in private practice where she worked in dental offices both in Southern New England and later in Woodbridge, Virginia.

In 2018, Dr. Baker moved to Stephens City, Virginia with her husband, Paul, and their two children Luke (age 6) and Camilla (age 5). Dr. Baker loves to spend her free time exploring new activities and places with her family.  When she has time, Dr Baker enjoys container gardening with both vegtables and flowers.